Tesla Supercharger, the DC column stations owned by Elon Musk’s company, have always been a flagship, as well as one of the reasons that have led so many potential customers over the years to choose Tesla. In a context of still immature recharging networks, having safe, functioning and numerous columns has always generated a strong attraction to the brand.

Looking at the issue from the other side, that of all other electric motorists, the Supercharger network itself has also generated envy, criticism and attacks, precisely because of its exclusivity. Tesla recently made the difficult (but expected) decision to open the network – at least in part for now – to competing cars as well. A move that instantly made the Supercharger network the largest in Europe, even surpassing the competition from various brands and EU funds. How was this possible?

To understand the steps that led to this result, practically pressing “a switch” on the fly, you have to make two small leaps back, to the creation of the first Superchargers, and to the launch of the Tesla Model 3. The proprietary charging network born shortly after launch of the original flagship, the Model S, with a singular technical choice: use a connector with a shape similar to the European Type 2, but with pins in different positions. This allowed, in Europe, to use a single socket on the vehicle side, both for AC and DC charging, with the latter being possible only for Superchargers. To use, for example, the Chademo connector, the Model S needed an adapter, which would be prohibited by law.

In fact, therefore, the Superchargers had a “dummy Type 2 plug”, which is why it was incompatible with the charging of other vehicles, despite the fact that it could physically enter the sockets of cars of any brand. And here comes the launch of the Model 3, the first Tesla actually designed for a global launch, and therefore equipped, for Europe, with the CCS combo jack, the standard that in the meantime had imposed itself on the old continent. This car, as well as the Model Y, maintains the user friendly experience typical of Superchargers (no authentication, automatic vehicle recognition, integrated billing) but with the standard European plug. To do this Tesla obviously had to update the old Superchargersadding the new cable, and creating new ones with just the CCS Combo plug.

More columns than the competition

This meant that Tesla was in fact with a network compatible with all modern European cars, so much so that to enable charging for these vehicles a remote software update to the individual Supercharger stations is sufficient. in fact what it started to do with the opening program to all brands, a situation that evolved rapidly, from the few dozen initial stations, to the approximately 200 currently open in the Netherlands, Norway, France, Austria, Belgium, Spain, Sweden and the United Kingdom. The largest European ultrafast networks have hundreds of locations already operational, as in the case of Ionity which has 417, supported by various car manufacturers and by contributions from the European Community. So how did Tesla become the largest public network? Although without opening all the stations, Elon Musk and his associates can count on a significantly higher average of recharging points per single station, about 9 against about 4 for the competition. Tesla therefore has 1,800 charging points open to all, and which could increase by snapping their fingers, against Ionity’s 1,738. 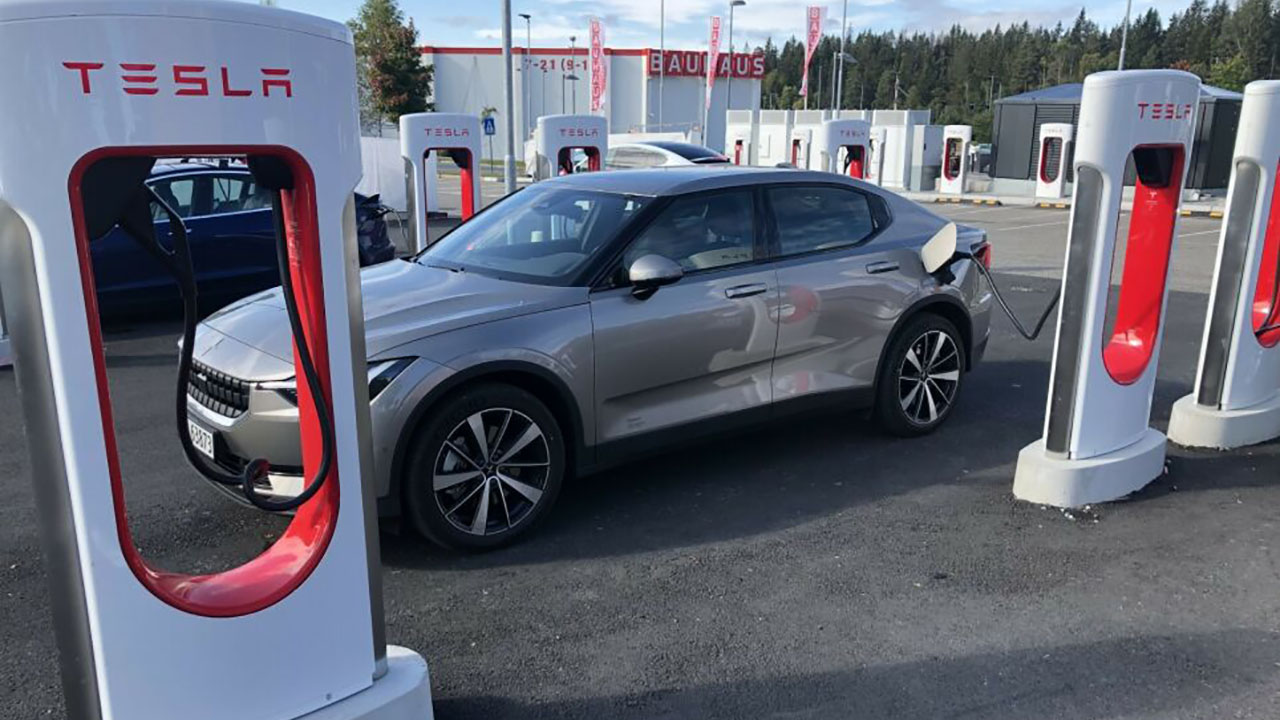 Since the pilot project to open Superchargers to cars of any brand underway many Tesla customers have complained, and they feared a fatal future made of queues and badly parked cars, precisely because of the loss of exclusivity. Tesla, for its part, now has the opportunity to invoice considerable amounts from top-ups from other brands, which are also offered with subscriptions, and therefore with recurring collections. But more importantly, by becoming a public CPO, and no longer a private one, will be able to have access to all those government contributions that were previously closed to him, resulting in a benefit for all. These new sources of livelihood will in fact be used to create even more Supercharger stations, even more charging points, and even more revenue from competitors’ cars, in a positive vicious circle.