MG Cyberster: The successor to the TF?

Since the British manufacturer ceased production of the TF in 2011, MG has not had a convertible in its range, much less anything resembling a mid-engine, rear-wheel drive two-seater like that. However, everything can change in the coming months and the best test we had was with the prototype exhibited last year, an MG Cyberster whose transition from concept car to production car is about to become a reality .

First it was SAIC, the Chinese parent company of MG , in charge of publishing the first teasers of the model, and then it was Morris Garages itself who revealed new photographs and the first official details of a prototype that is simmering in the departments of brand design and which aims to bring back the roadster concept . We are talking about a two-door convertible, that is, the perfect substitute for the TF, although adapted to new car trends.

We say this because the example we have on screen is a fully electric vehicle that leaves fossil fuels behind to reinvent itself. However, the British firm ensures that when designing this vehicle it has incorporated a series of details from the classic MGB Roadster . The car features a long bonnet, short overhangs, LED lights, a flat rear with sharp lines and an illuminated MG logo, as well as taillights projecting the UK flag.

All these details seem to be present in the car that stars in the recent video published by MG, a document in which he anticipates a return in style that should not take too long . Perhaps the most notable change compared to the concept we are referring to is the presence of a more practical fabric roof that folds automatically, as well as smaller wheels mounted on tires with a larger profile. In addition, in order to be legal on public roads, the production version will adopt different headlights and a grille with a more conventional design.

Although the first time we learned about this prototype, the brand did not reveal any technical characteristics, a few months later we learned that its 100% electric powertrain will be accompanied by a large-capacity battery that will allow it to offer a range of 800 kilometers . Likewise, the MG Cyberster will be able to reach 100 km/h from a standstill in less than three seconds. All this with a Level 3 autonomous driving system and 5G connectivity technology. 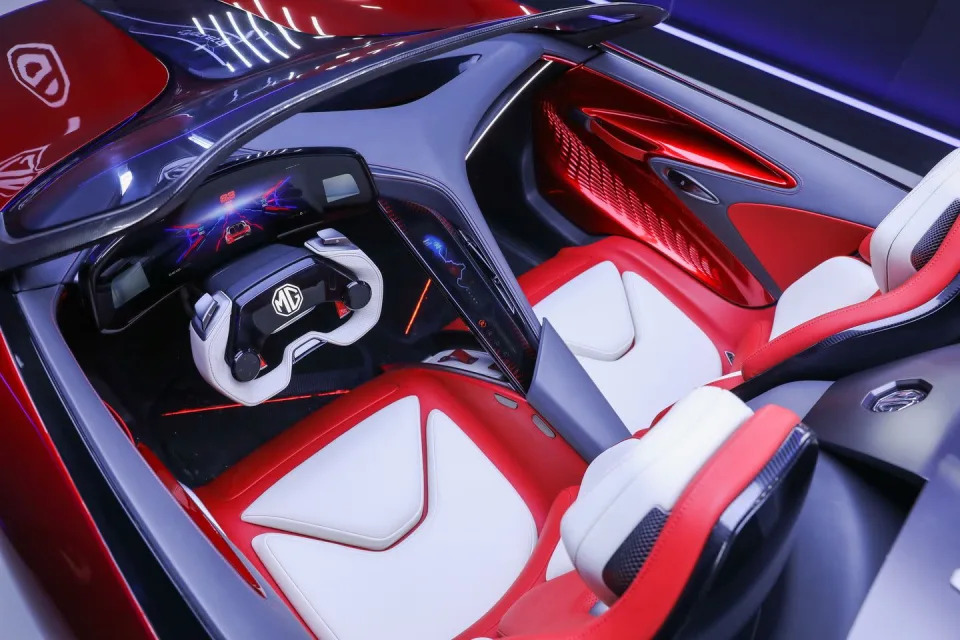 Until recently everything was speculation about what the fate of this prototype would be, but with the launch of the aforementioned video all doubts are cleared up and that is that in 2024 the brand celebrates 100 years of history , so it would be the ideal time to launch a sports car with these characteristics on the market.

In the words of Carl Gotham , director of SAIC Design Advanced London: “The Cyberster is a bold statement that looks strongly into the future of MG, touching on our heritage, but more importantly building on our cutting-edge technology and advanced design. Sports cars are at the heart of MG’s DNA and the Cyberster is a tremendously exciting concept for us.”

Recall that MG was taken over in 2005 by Chinese owners . The firm that we all knew has changed completely and now, under the command of SAIC, its products are focused on satisfying the great demand of a market attracted bySUVs. As we say, since the TF disappeared we have not seen a car that really excites the most enthusiastic, although that seems to be changing soon.

Why do my car keys turn but the door won’t open?

Rolls-Royce Specter 2024: the first electric Rolls and the most important car for the brand makes its debut